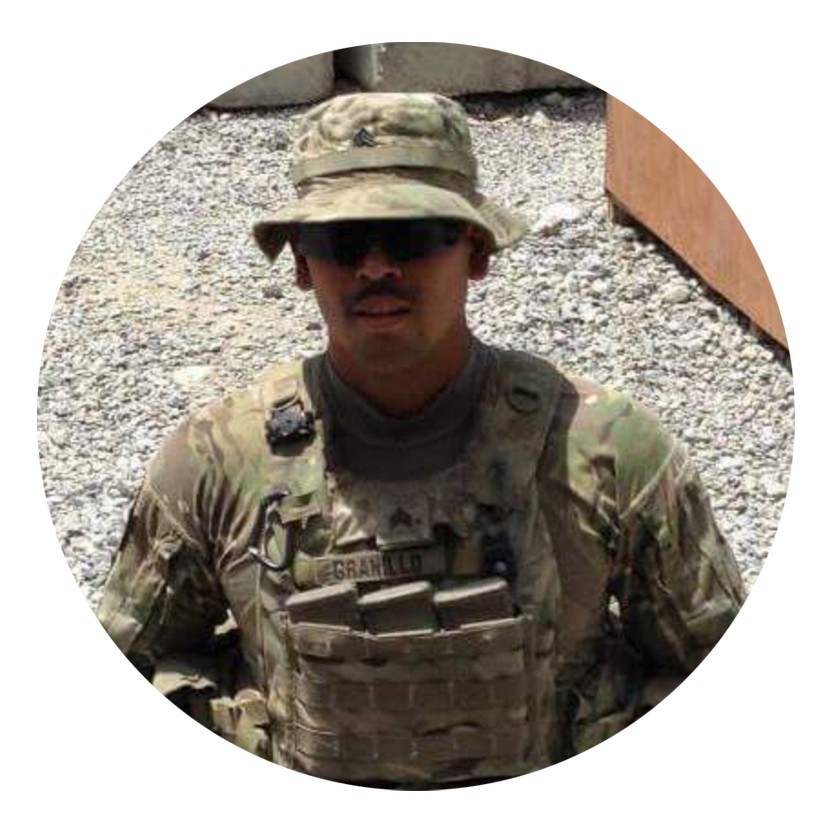 Before beginning his apprenticeship journey, Tony Granillo, who identifies as a person with a disability, served in the Army for 14 years until he suffered multiple traumatic brain injuries and was forced to retire. Not sure what to do next, Tony used his GI benefits to enroll in college, earning a degree in Business Management. Armed with a diploma, he landed a full-time job, where he worked for three years, but the role didn’t align with what he envisioned for his long-term career path.

It wasn’t until he was browsing LinkedIn, that he learned about Apprenti, a nonprofit dedicated to creating alternative pathways to access diverse tech talent through the time-tested model of apprenticeship. Tony was accepted into the Apprenti program and began a technology apprenticeship, during which he honed his skill set and gained real-world experience that would bolster his resume.

While participating in the program, Tony secured an apprenticeship with Apprenti partner Amazon Web Services (AWS), where he worked with a mentor who provided guidance and hands-on training to be successful at the company and in the industry more broadly. And it worked!

Within a year of starting on-the-job training, Tony completed the apprenticeship and was offered a full-time position as a Solutions Architect. In this role he supports customer engagements, helping customers understand how to navigate “the cloud” and achieve their objectives. Not only that, but he showed incredible talent and skill. As just one example, in 2019 he developed an early alert fire warning system that won him 7th place out of 150 entries at the 2019 AWS Builders Fair.

Now in his third year at AWS, Tony credits Apprenti for finding him an amazing job opportunity and giving him the tools he needed to achieve success on the job. He also promotes the value of apprenticeship to his fellow Veterans and employers.

Go to the Success Stories page

Apprenticeship programs can provide incredible job opportunities, but it takes work and dedication to attain a job in the technology industry. That said, Veterans have a unique advantage. They have already learned valuable skills, including a strong work ethic and experience working in teams, that can contribute to their success and that employers are looking for in the hiring process.

Be open-minded when hiring apprentices and employees. Veterans can really add value to an organization; they are team players, they are loyal, they have good work habits, and they are creative problem solvers. Plus, hiring Veterans has the added benefit of helping employers create a more diverse workplace.

PIA collaborates with employers and apprenticeship intermediaries to design inclusive apprenticeship programs that meet employer talent needs and enable people with disabilities to gain credentials and skills to succeed in growing industries.